Only a few weeks out, but “African Shores” LP by legendary Jamaican trombone player Vin Gordon has instantly become a potential roots reggae album of the year. Melodies, production and wonderful sound of famous trombone bring us back to Kingston 70’s sound but in its own and different way from what has been already heard. There are 2 main figures beside Vin himself, who are responsible for making the sound of this LP and those are Al Breadwinner, the producer who works with vintage analogue equipment and makes remarkable “Scratch”-ish type of productions and Nat Birchall, brilliant jazz saxophonist referred as one of the UK’s hidden jazz treasures who has equally tremendous love for roots reggae sound. Nat himself has given us insight information on making the “African Shores” album and what was it like working with Vin and creating the sound of this remarkable LP.

How and when did idea for African Shores come up?
Nat: After the success of Sounds Almighty we arranged another session with Vin and David Fullwood, the trumpeter, to do a follow-up album. While myself and Al Breadwinner were putting the rhythm tracks together and writing the horn lines it occurred to me that Vin had only released a very small number of albums under his own name. And most of the music on those albums were recuts of old hits from the old days. I thought that Vin should really have an album out and that it should be original music, so I spoke to him about it and he agreed to do it. A few days later he said he would like to record the album in the “old school” style, just composing the horn lines in the studio after having a brief listen to the rhythm track. I had written horn lines for the tracks but we decided to let Vin hear the rhythm first and come up with his melody and then we would record my pre-written melodies on the same rhythm afterwards. This is what happened and it was amazing to hear Vin come up with such great melodies right on the spot after hearing the rhythm, for the first time, for half a minute or something! He has so much music inside him it proved to me that this album should happen so people can hear all of it.

Can you tell us something about working and creating music with legendary Vin Gordon?
Nat: Working with Vin is a blessing, to be alongside him while he plays is incredible. I have known his sound for so many years and to be in the room when he plays is magical. He plays so effortlessly, the music just pours out of him and sounds glorious. He is very easy to work with, no stress or difficulty at all, just pure vibes. He loves the music and he loves to play. He likes the rhythms that we make and of course what he plays is just perfect every time. He often suggests things to play to add to the music and it’s very inspiring to make music with him.

What are advantages and disadvantages of working with analogue equipment from old days which is used by Al Breadwinner?
Nat: The only real disadvantage is that the equipment is old and sometimes breaks down! But the analogue gear has the sound that we love and that we want to use. The problems of equipment needing repairing from time to time are annoying sometimes but ultimately it’s worth it to get the sound that we want. Nothing that is worth doing is easy. Digital equipment just doesn’t have the warmth or the punch or just the overall sound that analogue has. We sometimes record some overdubs onto computer because we have a very limited number of tracks to record on and bouncing tracks together just adds to the tape hiss. But the tracks are always mixed down to tape and all the mixing is done live and analogue so the digital aspect is very minor.

What are the key aspects to this Kingston 70’s sound that keep artists and fans returning to and finding inspiration in?
Nat: To me, the sounds that the great artists, producers and engineers created in Jamaica in the mid 70s represent a peak in artistry. The Roots artists were flourishing, people like Yabby You and Augustus Pablo, for example, were at a creative peak. And the recording and mixing techniques had developed to a high standard too, King Tubby’s studio was very innovative and when people like Yabby You, or Glen Brown or Pablo etc had their music mixed at Tubbys it was like the icing on the cake. Lee Perry was also at his peak around 1975 – 1977 and all these things came together to create this “Golden Age” of Roots music. I think the sounds of the mid 70s eventually influenced more mainstream music like Hip Hop and Drum & Bass and so the sound is still current in many ways. 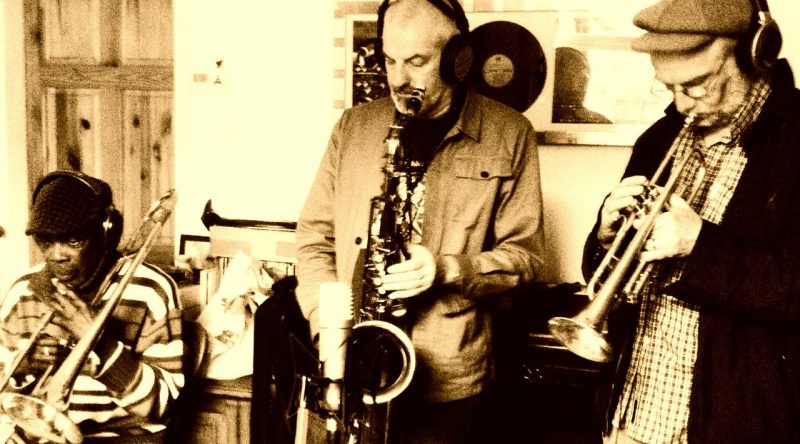 If there is one classic LP, one studio and producer that African Shores most resemble to, which one would that be?
Nat: I’m not sure there is an answer to that really. Even though the rhythms and the melodies etc are mostly coming from that mid 70s style there’s no single album or producer that it resembles I don’t think. Both myself and Al know and understand the different styles of playing and mixing etc (Al more than me!), and Al especially knows all about individual musicians and engineers styles from the technical side. But because we are creating original music and we are not actually trying to copy anything then it just comes out the way that it does. Sometimes we might say “this sounds like a Wailers rhythm” or “this sounds like a Freedom Sounds thing” but all these influences are in us and they all come out in different degrees sometimes. 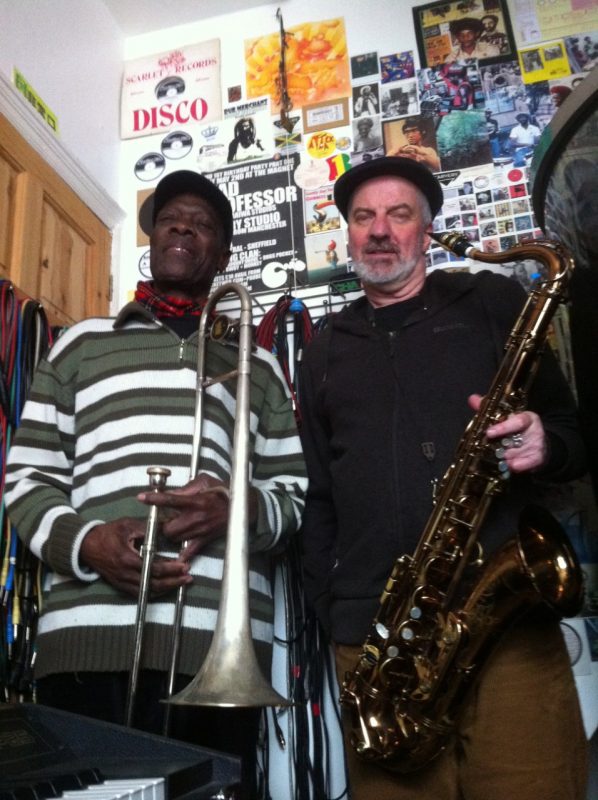 Many roots reggae fans are already referring to this album as a crucial LP. Do you think African Shores have enough potential to reach status of classic reggae album one day?
Nat: I really don’t know about that, only time can tell things like that! I do believe that Vin rose to the occasion and came up with some classic melodies on the spot in the studio. And both myself and Al worked very hard to create some good rhythms and Al did some fantastic mixing. But that’s all we can do, try our best and the rest is up to the listeners.

Speaking of contemporary genres, would this album be regarded as a reggae-jazz album?
Nat: Some people would call it that, very often Reggae horns instrumentals are referred to as “Jamaican Jazz” so it could be viewed that way. To me it’s a Roots Reggae album with plenty horn lines and solos. I think if I set out to do a Reggae/Jazz album it would sound a little different, with some different rhythm arrangements for instance.

How has mainstream media accepted the album?
Nat: It’s still too early to say, the album has only been out a couple of weeks so hasn’t really had time to register yet. We’ve had some airplay on BBC 6 Music and from Gilles Peterson and David Rodigan.

Al Breadwinner at the controls.

Do you think that in general this kind of music can in anyway reach mainstream i.e. wider audiences beside hardcore reggae fans?
Nat: There’s always the potential for good music to appeal to to a more mainstream audience. But it’s not often that it gets the chance to be heard widely. This is the eternal problem that has always faced so-called “minority” music. The music just doesn’t get the chance to be heard so most people just aren’t aware of it. I find when people hear the music, my neighbours for example, who aren’t “hardcore reggae fans”, always love the music when they hear it. The music just doesn’t get any representation in the mainstream media, that has always been the problem.

Is there any chance to see you guys with entire band on the stage playing this album and other music you have created together in the past?
Nat: No, unfortunately not. Mostly because I’m very fussy about music and always want it to be the best it possibly can be. There are a lot of musicians around who play reggae music very well of course, but I wouldn’t have entertained doing this album, or Sounds Almighty, with anyone except Al Breadwinner. Al is very skilled in his knowledge of Jamaican rhythms and can play them convincingly, so when we build the rhythms we do record bass and drums together first, then we overdub the other instruments one by one, or two by two! This way we get the best sound and best rhythms. I don’t really want to spend a lot of time looking for other musicians and then auditioning them, then rehearsing and then trying to get gigs etc. It’s an awful lot of work to do and I just don’t have the time to be honest.

What are the plans for the future? Can we expect more similar classic sounds from Vin, Al and you?
Nat: We have lots more music to come. There is the follow-up to Sounds Almighty, featuring Vin and David Fulwood again, which is already mixed and ready for release. It uses most of the same rhythms as African Shores but with my melodies instead of Vin’s. We also did another session recently with Vin and David so there is more music there which will come out in some form or other. But we are also planning a pure dubwise LP which might be the next release. Once the holiday period is over we will get back to work and decide which to release next.